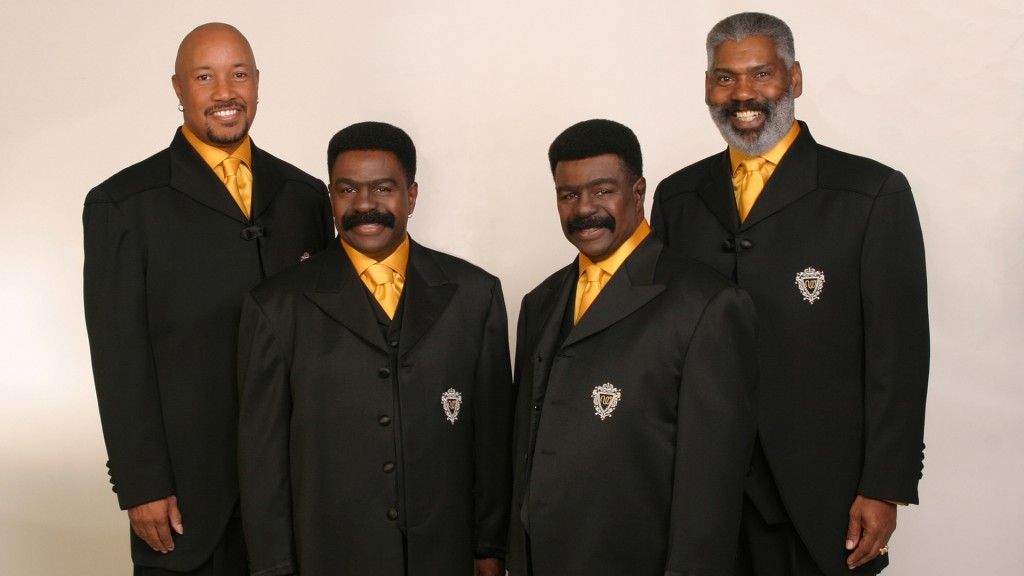 One of the world’s longest-running soul vocals groups, the Whispers are celebrating fifty years in the industry. They are known for their smooth soulful ballads and remain one of the premier R&B groups to ever grace the stage. Their musical success can be attributed to a careful balance of R & B, disco, jazz, and pop to the delight of millions of fans. They have had thirty-three top ten hits over three decades, and over twenty Billboard charted albums.
One of R&B’s most beloved and consistently popular vocal groups, they began their legendary and timeless career in 1964 when they first organized at Jordan high school in Watts, producing a string of hits continuing over the last five decades such as “Seems Like I Gotta Do Wrong”, “And the Beat Goes On’, “Rock Steady”, “A Song For Donny”, and “Lady”. They emerged as the leading romantic singers of their generation, racking up one gold album after another and charting numerous R&B hits. They are arguably the most celebrated R&B balladeers of their generation and still make women swoon with their silky yet forceful tenors of twins Walter and Scotty.
Their music has been heard on movie sound tracks such as “Waiting to Exhale”, “Madea’s Family Reunion”, and “Diary of a Mad Black Woman”. They sang the title track on Jay Leno’s movie soundtrack “Collision Course”. The group has not made any personnel changes since 1973 when Leaveil Degree replaced Gordy Harmon; they still consist of Walter Scott, Wallace Scott, Nicholas Caldwell, and Leaveil Degree. They are one of only a few “old school” groups that can boast of having over 40 years in the industry with a worldwide fan base, maintaining their vocal dominance and original members.
Their five decades decades of accomplishments have been acknowledged by induction into the Vocal Group Hall of Fame, presentation of the Governor’s Award by the San Francisco Chapter of the Grammy Awards, an NAACP Image Award, induction into the Bay Area Blues Society Hall of Fame, Rhythm and Blues Hall of fame, and The Black Music Academy of America selected the Whispers to receive their “Living Legends” award.
They produced a new CD in 2006, an independent product of their own Satin Tie Productions, a masterpiece entitled, “For Your Ears Only”, that sold out at retailers across the nation and was lauded by many as the CD of the year and of the decade. It charted on Billboard’s Top R&B 100 in September 2006, evidence that the Whispers just get better with time. In 2007, they released their first ever DVD of a live concert entitled, “The Whispers Live from Las Vegas”. A CD of the same concert was also released on their Satin Tie Label. In 2009, they released their first Gospel CD, “Thankful” that charted on Billboard’s Gospel top ten. In the new millennium the group still performs around the world to thousands of loyal fans.

Ready to book The Whispers? Fill in the form to get started