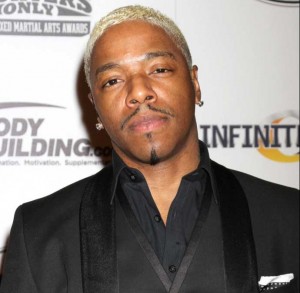 While still only in his early thirties, Sisqo` is nearly a 20-year music veteran who thus far has had a career that many of the brightest and most successful singers of today can only dream of. As the voice behind a vast list of classics such as “Tell Me”, “Incomplete”, “In My Bed”, “5 Steps”, “How Deep Is Your Love”, “We’re Not Making Love No More”, and the earth shattering smash single “The Thong Song”, for which he caused an international mania of epic proportions, are just some of the hit records that have secured Sisqo’s place in music history. Responsible for a jaw dropping thirty million records sold worldwide explains why several of the hottest young singers in the industry regularly call on Sisqo` for performance tips and career advice. A true talent of the highest kind, Sisqo is as passionate about acting as he is about singing, most evident in his long list of television and film roles to include “Sisqo’s Shakedown” (MTV); “Sabrina the Teenage Witch” (ABC); “I Love the New Millennium” (VH-1); “Gone Country” (CMT); “Keith Sweat’s Platinum House” (Centric); “Celebrity Big Brother” (UK); and films “Get Over It”, “Pieces of April”, “Surf School”, and the immensely popular “Show Dogs” starring Academy Award Winner Cuba Gooding, Jr. Admired by several fellow superstar artists, Sisqo` has written for and recorded with industry heavyweights Mya (It’s all About Me), DMX (What These Bitches Want), and Lil’ Kim (How Many Licks). Arguably the most popular musicians on the planet at the beginning of the new millennium, Sisqo` won an astonishing six Billboard awards in 2000–Male Artist of the Year, Male Hot 100 Singles Artist of the Year, R&B/Hip-Hop Artist of the Year, New R&B/Hip-Hop Artist of the Year, R&B/Hip-Hop Male Artist of the Year, and R&B/Hip-Hop Singles Artist of the Year, as well as MTV’s Best Hip-Hop Video for “The Thong Song”.